Enhance your event with Live Video

There as several tricks you can do to make your corporate event interesting and exiting.

One is definitely Live Video. Check the showcase below on how we used Live Video on a corporate event. No theory involved... Just real action!

Our client has arranged to through their event in a very well know Club in Athens, so called "Lohan". The venue had a super big Led Wall and a smaller one below the DJ booth.

The idea and the challenge was to take over the control of both TV Walls and send Live Video Feeds from a booth that we would setup in the entrance and also from the main talks.

Using a MAC with Resolume Arena we did take the control of the TV Walls and did the mapping and resolution adjustment, so our 1920x1080 feeds would play properly and not stretched on the wide TV Wall.

After doing that everything else was easy breezy.

Three cameras and two laptops were feed into our main Blackmagic ATEM video switcher so that we could control everything that was happening in the event.

- We did set a nice lighted booth in the entrance of the Club.

- Two cameras (wide and closeup) were sent through SDI to our main Blackmagic ATEM video switcher.

- One other camera was live feeding the switcher to cover the speeches.

- Two laptops with scalers were sent to the switcher for playing videos and graphics.

GH5s + B4 lens = The Unbeatable setup

Live Streaming and Filming for Seajets

Enhance your event with Live Video

GH5s + B4 lens = The Unbeatable setup 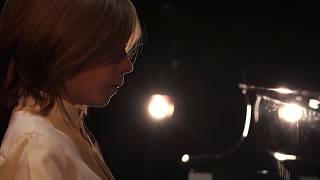